Falcoholinks: All the Falcons news you need for Monday, Dec. 2 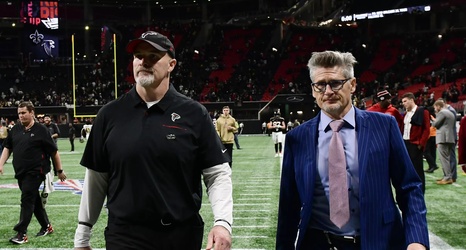 You’re exhausted and you’re angry that you’re back at the office. We get it. That’s why Falcoholinks are here bright and early to help ease you through your Monday after Thanksgiving weekend.

The Falcons were ignominiously eliminated from playoff contention on Thanksgiving night, dropping to 3-9 in an ugly loss to the Saints at home. Matt Ryan was sacked nine times in the affair, which registers as second-highest in Atlanta Falcons history.

To say that play in the trenches once again doomed the team would be a major understatement.