Expectations should be high for Atlanta Falcons rookie Kyle Pitts 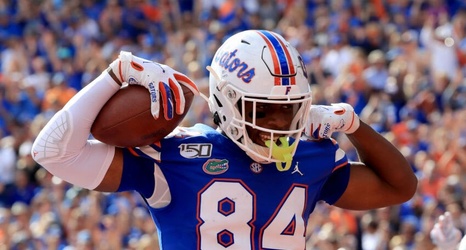 Expectations are high for the Atlanta Falcons first-round pick Kyle Pitts. News broke that he has the highest rating of any rookie in Madden 22 with 81, adding to an already high amount of expectations for the rookie tight end out of the University of Florida.

The Atlanta Falcons are expecting a lot from Pitts, and rightfully so. The team drafted him with the 4th pick overall with the idea of him being the star pass-catcher on the team. Drafting Pitts proved to be a smart decision once the team traded Julio Jones.

Pitts should be able to fill the gap that Jones left, but the question is, how well will he do in his rookie season?