Did you know the Atlanta Falcons have a running back curse? 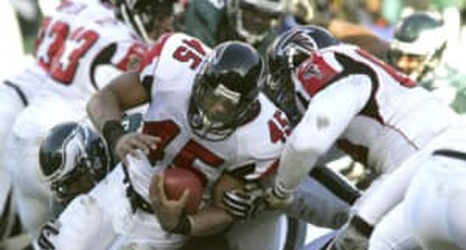 Fortunately, it shouldn’t affect the Atlanta Falcons newly acquired running back Todd Gurley. At least not yet. But for Devonta Freeman, well, he’s gonna get a shot at breaking it. Maybe. Let’s take a trip all the way back to 2005 when this unfortunate plague began to take hold.

Running backs that were impactful in a Falcons uniform that got released, when on to do, well nothing. It’s kind of weird. For a while there, it seemed like has-been players would go to Oakland where they would see their careers die out.