Dan Quinn among the favorites to be the first head coach fired, per betting odds 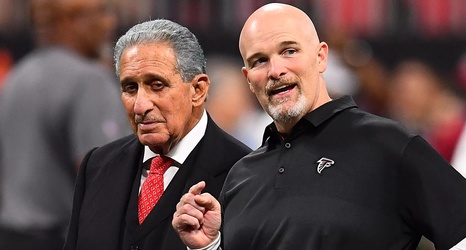 The betting odds are getting fast and physical with Dan Quinn’s chances of keeping his job. All things considered, those putting down their hard-earned money have a point: Quinn is not doing much to try to save his job.

How bad is it?

First, we have to consider how we got here. Quinn narrowly kept his job at the end of last season. After a playoff win after the 2017 season and an almost NFC Championship berth, the Falcons dropped to 7-9. He made drastic changes, including firing all the coordinators, and dedicated himself to becoming a hands-on defensive coordinator with the intent of getting the best out of underperforming defensive linemen.