Colin Kaepernick could provide wrinkles the Atlanta Falcons don’t have 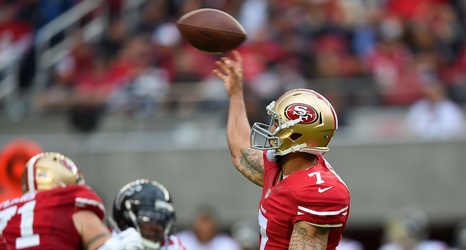 There have been clips of the former Atlanta Falcons receiver punting in practice during the season and was used in the wildcat formation not only because of his speed but also because he can throw the football.

That wrinkle in the offense hasn’t been seen in some time and every now and then it would be a good chance of pace play as well as something to keep the opposing defense off guard. Now that Sanu is gone who can fill that void?

This is not a “Kaepernick should replace Matt Ryan” article, it’s just an idea that could help the Falcons offense.