Bitter offensive showing from Matt Ryan and the Atlanta Falcons 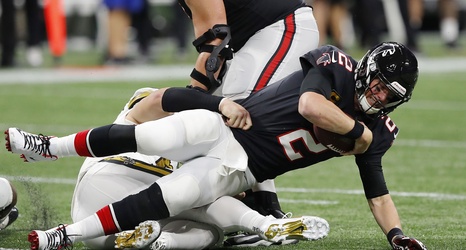 Before the game, it was announced that the Atlanta Falcons would be without both Julio Jones and Austin Hooper due to injuries in previous games. This would be a test for the young playmakers to fill into roles designated to lead receivers.

It just wasn’t the same without the threat of Julio on the field.

The game started off doomed as Matt Ryan seeming held onto the ball just a few seconds too long and was sacked on the first play for a seven-yard loss. To add on, Dirk Koetter called a run play to Devonta Freeman, who just returned from a sprained foot and who has been awful all season long.