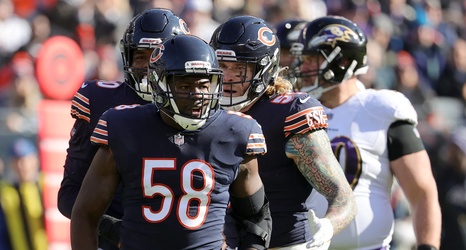 This morning, news broke that Bears inside linebacker Roquan Smith isn’t happy with Chicago and wants a trade. Apparently, the impending 2023 free agent feels the team hasn’t engaged in contract negotiations in good faith, and is looking to land with a team that will pay him what he’s worth.

Naturally, Falcons fans (and Georgia fans, there’s considerable overlap there) were immediately intrigued. Given Smith’s ties to this front office, the team’s clear need for additional impact defenders, and the fact that Chicago appears to be in some form of a fire sale, it’s natural to wonder whether Atlanta might pursue a trade for Smith.