Austin Hooper, Julio Jones and Chris Lindstrom will all play on Sunday 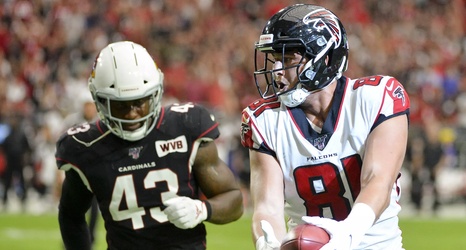 While the Carolina Panthers are spiraling after the firing of their longtime head coach Ron Rivera, the Falcons are getting good news going into their matchup on Sunday in Atlanta.

Atlanta will have Julio Jones, Austin Hooper and Chris Lindstrom all back for the game against the division rivals.

This is welcome news for fans who still want to see their team play well, even if the season is effectively over.

For Lindstrom, it will be his first game action since he was injured during the first game of the season.