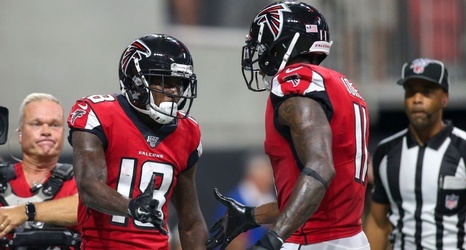 Calvin Ridley is the Atlanta Falcons' No. 1 receiver now and even though he'll be replacing a franchise legend in traded-to-Tennessee Julio Jones, Ridley said Tuesday he feels "no pressure" on stepping into the role once held by a likely future Hall of Famer.

Part of the reason is Ridley's confidence in his own play, something harnessed over the last three years playing alongside Jones with Atlanta. And some of it comes from playing without Jones for half of last season, when hamstring injuries sidelined the former Falcons star.

"I played with Julio, Mohamed Sanu, since Day 1, those guys, I feel like I've been moving toward that way of I can do it by myself," Ridley said.