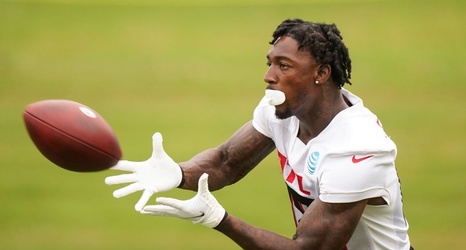 FLOWERY BRANCH, Ga. -= Last season, on an injured foot that he said he knew wasn't right, Atlanta Falcons receiver Calvin Ridley emerged as one of the top receivers in the NFL.

After having offseason foot surgery, Ridley said Tuesday his foot is "totally, definitely fixed" as he enters the 2021 season as the team's top wide receiver after Atlanta traded Julio Jones to Tennessee in June.

Despite a foot he said "was not good last year," Ridley caught 90 passes for 1,374 yards and nine touchdowns in 2020. Atlanta, seeing him as a potential piece for the future, picked up his fifth-year option this spring.