Atlanta Falcons will hand out a few extensions this week 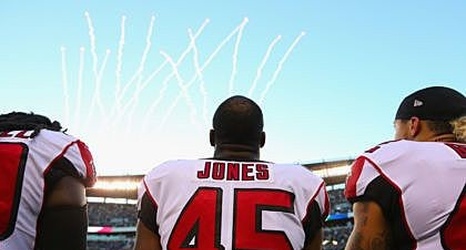 Now that Grady Jarrett and the Atlanta Falcons have come to an agreement in the 11th hour, expect the Falcons to announce two more contract extensions in the coming days. Both Deion Jones and Julio Jones will have new deals done at some point very soon, if not by the time the team reports to camp on Thursday.

Fans have been waiting for the Julio contract announcement for some time now. Both Julio as well as Falcons owner Arthur Blank have both stated publicly they expect to have this wrapped up and Julio has said that he would not hold out as a measure of good faith.