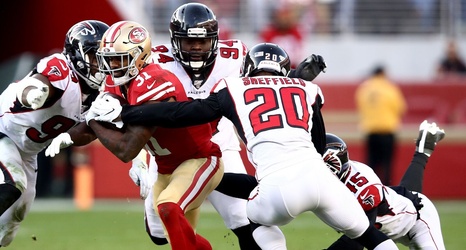 When Atlanta Falcons head coach Dan Quinn talked about Deadrin Senat after drafting just two years ago, he was excited. Quinn was convinced that they had found another diamond in the rough like they had with Pro Bowl defensive tackle Grady Jarrett. Similar in size and power, the two undersized defensive tackles seemed to be the future of the Atlanta Falcons defensive line.

Last offseason, the Falcons brought in Tyeler Davison and Allen Bailey to add to Jarrett, Senat and Jack Crawford. The Falcons seemed to have one of the deepest defensive lines in football as all of them showed promise in 2018 either with the Falcons or their former teams.