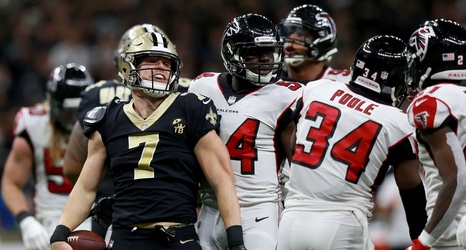 Despite the extremely disappointing first half of the season, the Atlanta Falcons offense is still lined across the board with superstar talent. The Falcons will march into Saints territory on Sunday to face a mediocre secondary in New Orleans that ranks in the middle of the pack in passing defense. Despite the suspect secondary for the Saints, they do hold onto a stout defense against the rush.