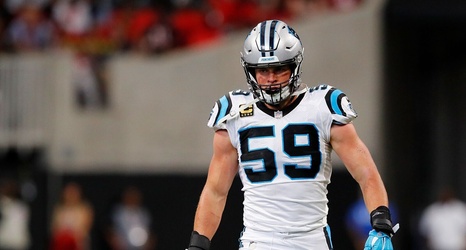 After Jeff Ulbrich and Raheem Morris took over on defense, the Atlanta Falcons looked like a different team in the second half of the season. Part of their second-half run was dominating the Carolina Panthers on the road and at home.

But now they should turn to a nemesis from that team as a potential addition to their coaching staff. It was a shock to most of the NFL world when Luke Kuechly announced he was retiring.

In his eight-year career, Kuechly played in the Pro Bowl seven times, was a five-time all-pro player, and dominated matchups.