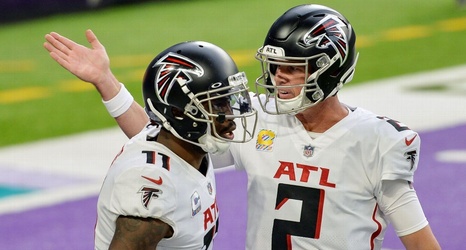 FLOWERY BRANCH, Ga. -- For the past three days, it's been different for Matt Ryan during Atlanta Falcons training camp. Yes, it's a new coach and a new offensive scheme, but the player he's been so accustomed to over the past decade isn't here either.

Julio Jones is in Tennessee, traded to the Titans in June. So while Ryan worked without Jones during minicamp and organized team activities, this has been the first time since 2010 he would be going into a season without the future Hall of Fame receiver.

"That's always the hard part of our business, when things like this happen," Ryan said.