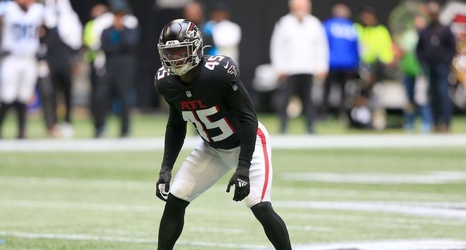 The 27-year-old Jones has been a constant in the middle of the Falcons defense since he was taken in the second round of the 2016 draft out of LSU. He has started all but two of the 85 games he has played in Atlanta, intercepting 11 passes, getting 8.5 sacks and scoring five defensive touchdowns.

His role, however, has come into question of late.