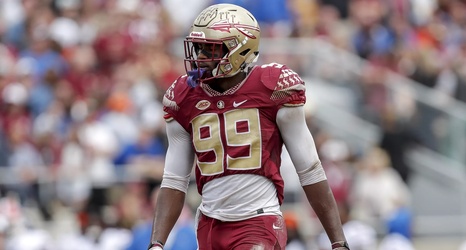 The disappointment of the 2019 season still lingers a bit. A debacle of a start to the season somewhat faded over the second half of the season as the Atlanta Falcons closed out the season going 6-2 over the last eight weeks. Nestled within that 6-2 stretch were impressive road wins against San Francisco and New Orleans.

Many fans are probably ready to put the 2019 season behind them and turn the focus forward. But before we do so, let’s have a little fun, shall we?

A ton of talk was generated after the Falcons 2019 draft that saw the team take two offensive linemen in the first round and a possible gem at corner out of Ohio State.