At 0-2, Atlanta Falcons have chance to alter course against 0-2 New York Giants 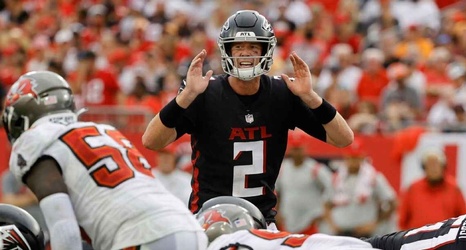 TAMPA, Fla. – Matt Ryan didn’t want to hear it. Didn’t want to hear the reality of how 0-2 in the NFL often means the playoffs already are out of reach. Maybe it’s because he has been around the league long enough to know there are outliers in every situation.

Or maybe it is because, for the first time, NFL teams will play 17 games instead of 16, so the new percentages are still unknown. At least, that’s what Ryan is hoping.

“We can throw that out, 17-game schedule,” Ryan said, before the question was even finished.