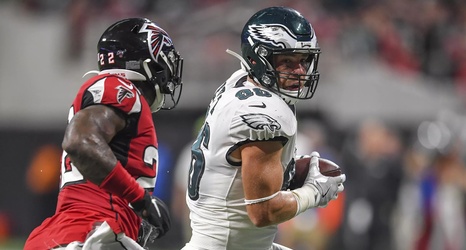 Falcons strong safety Keanu Neal played 1,043 defensive snaps in 2017. That year, his sophomore campaign, was his best as a professional. He played like a man possessed, improving dramatically in coverage while playing elite run defense. Neal had 34 defensive stops that year. (That’s a lot. In fact, it was fourth highest stop total among safeties in 2017.) But ... then 2018 happened.

When the 2018 season kicked off, we all expected Neal to pick up where he left off in 2017. But by mid-September, he was on injured reserve with a torn ACL.