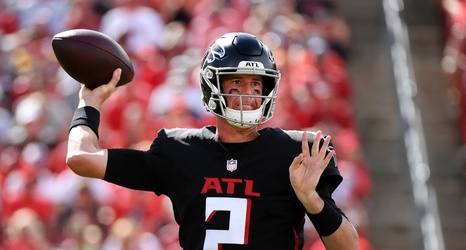 The stat line won’t wow you. Two touchdowns, three interceptions. That’s not the number combination one is quite looking for. But if this season is about incremental improvement, Matt Ryan showed that on Sunday.

He’s operating in a new offense – yes, it’s one that he does have some familiarity with – and took a positive step forward against a very good defense. One week after Ryan was consistently under siege and forced into a short passing game, he made plays downfield and bought himself the time in the pocket to do so.

Sure, he threw three interceptions, including two pick-sixes that essentially cost Atlanta the game, but let me make my case for No.