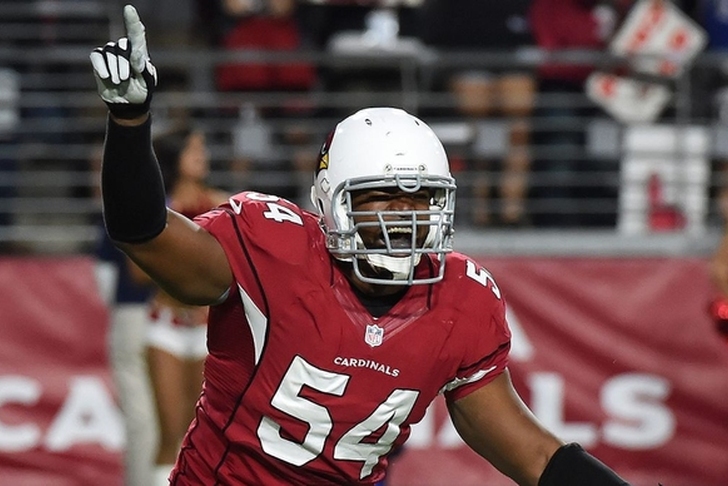 Veteran linebacker/defensive end Dwight Freeney has decided to sign with the Atlanta Falcons, according to NFL Network's Ian Rapoport:

Veteran pass-rusher Dwight Freeney will sign with the #Falcons, source said. He chose them over the #Bengals.

Freeney, who is returning for his 15th NFL season, spent last season with the Arizona Cardinals. He will sign the one-year deal on Thursday.

He played in 11 regular season games after signing with the team, coming on as a late-game pass-rush specialist. Freeney excelled in that reduced role, recording eight sacks and three forced fumbles despite his limited playing time.

Freeney will likely have the same role with the Falcons, but he will also be counted on to provide a young Atlanta defense with veteran leadership.