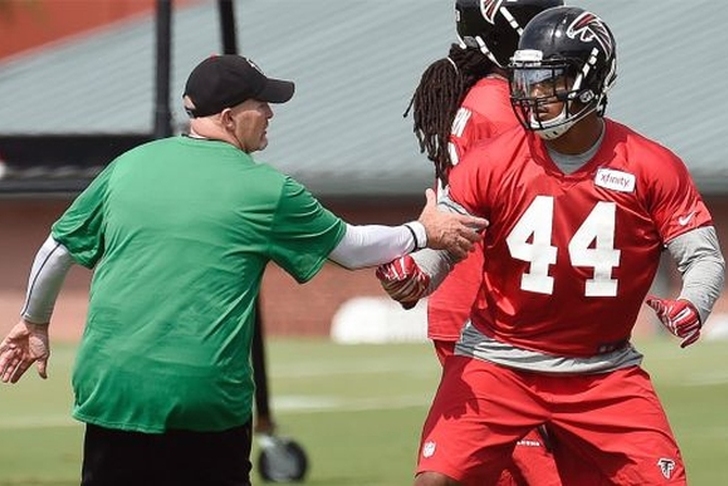 An inconsistent 2014 campaign doomed the Atlanta Falcons to also-ran status, but there's plenty of optimism in the ATL that this year's team will be able to flip the script. With a month left until the regular season kicks off, here are three things we've learned about the Falcons so far in training camp:

Vic Beasley was a top-five talent squeezed out by a longjam of top prospects, and he's expected to give an immediate boost to a team that failed to get any consistent pressure on opposing quarterbacks last season. He's been able to have a big impact in camp because of his quickness and burst off the line, and has shown an increased repertoire of pass-rushing moves.

If he can have the kind of impact they're looking for, Atlanta could challenge for the NFC South title - but if he can't, they'll be on their way to another top 10 draft pick.

Ricardo Allen is running away with the free safety job

Allen has really impressed the coaching staff all throughout camp while looking athletic and comfortable at the position - and he has new head coach Dan Quinn fired up abou this potential. The only thing that will keep him from getting the job Week 1 will be an injury.

Freeman backed up Steven Jackson last year, but he's expected to become the full time starter in 2015 with Jackson gone. He showed loads of potential last season with his combination of speed, power, and pass-catching ability, all of which will help him have a breakout season with more playing time.

While he has looked good in camp, rookie Tevin Coleman has looked just as good. He did suffer a hamstring injury that will keep him out of action for a few days, but the potential of both young backs has the offense leaning towards using a true two-RB system.