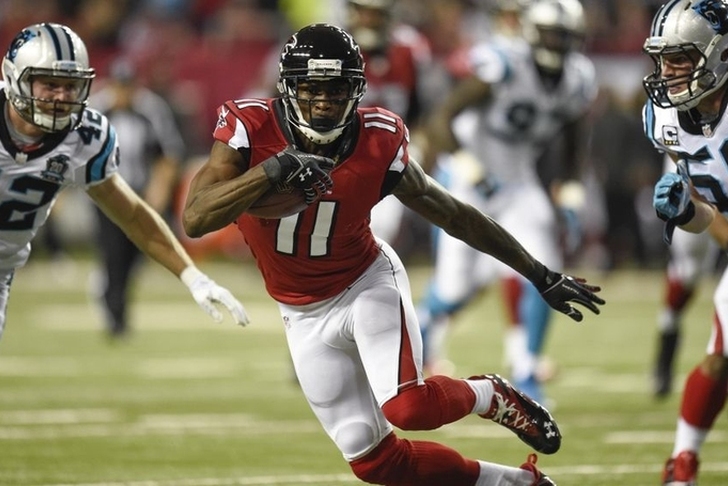 Carolina, who came into the game as just the fourth team in NFL history to start a season 14-0, scored a touchdown on their first drive, but the Falcons controlled the game from there.

Atlanta responded with their next possession, going on a 16-play, 80-yard drive to tie the game. The game remained 7-7 until the third quarter, when a field goal by Graham Gano gave the Panthers a 10-7 lead.

However, the game changed on the next drive when Falcons wide receiver Julio Jones jumped and caught this incredible 70-yard touchdown pass over star linebacker Luke Kuechly:

Cam Newton had his worst game of the season, throwing for just 142 yards and no touchdowns against the Falcons. Atlanta quarterback Matt Ryan finished with 306 yards passing and that touchdown pass to Julio Jones, who caught nine passes for 178 yards.

While Carolina has already clinched a first-round bye in the playoffs, Atlanta needs some help to make the playoffs. First, they need to win next week against the New Orleans Saints, then they need both the Seattle Seahawks and Minnesota Vikings to lose their last two games, along with the San Francisco 49ers winning one of their last two games and the Denver Broncos beating the San Diego Chargers next week (for tiebreaker purposes).

The Panthers have another chance to clinch home-field advantage throughout the playoffs in their regular-season finale against the Tampa Bay Buccaneers.