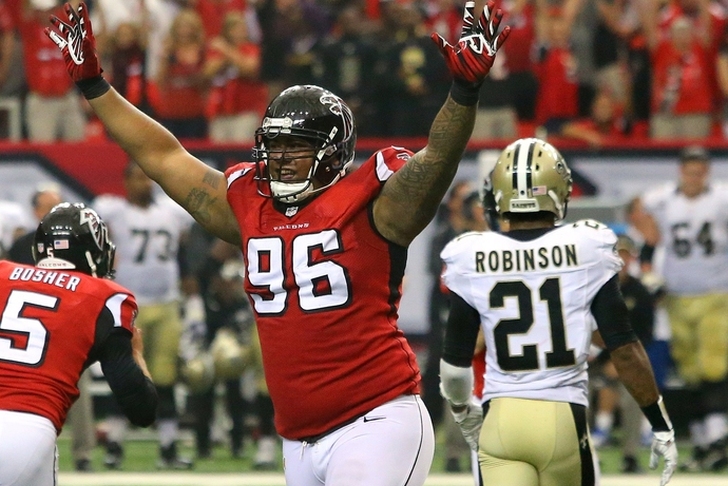 The Atlanta Falcons' defensive makeover under head coach Dan Quinn is set to continue with the release of defensive lineman Paul Soliai on March 9th or after (the start of the new NFL calendar), per a source cited by NBC's Mike Florio.

Following the departures of former head coach Mike Smith and defensive coordinator Mike Nolan, Soliai saw his playing time reduced. More suited to a 3-4 base defense, Soliai struggled to assert a role in Dan Quinn's 4-3 base.

Soliai signed a five-year, $32 million deal with the Falcons back in March of 2014. He was set to earn a base salary of $5 million for the 2016 season. Get the latest Falcons news & rumors inside the Chat Sports iPhone and Android apps!

According to Florio, "the cap hit arising from the looming departure of Soliai will be $1.4 million this year and $2.8 million in 2017, if the move is processed as a post-June 1 release. (Teams can apply that designation to up to two players per year.) If the Falcons don’t use the June 1 designation, they’ll absorb the full cap charge of $4.2 million in 2016."

Soliai spent his first seven NFL seasons with the Miami Dolphins. He will be an intriguing to several NFL teams looking for a 3-4 defensive line fit.