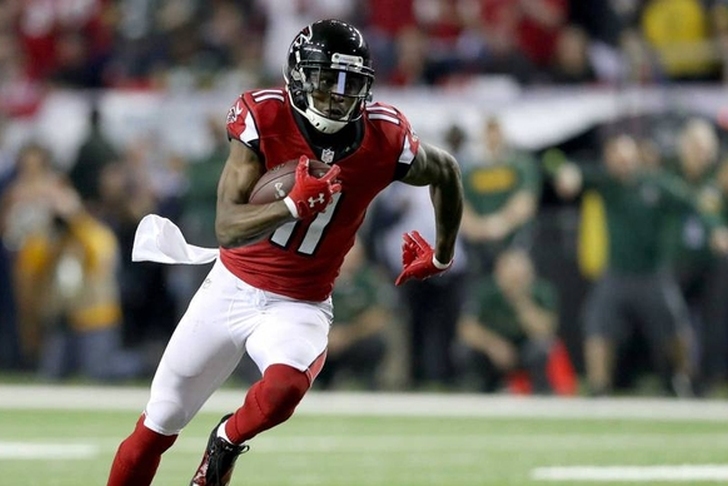 All of the talk surrounding the NFC Championship Game centered around Aaron Rodgers and the Green Bay Packers, but the Atlanta Falcons quickly changed the narrative.

Matt Ryan threw for 392 yards with five total touchdowns (four passing) and Julio Jones caught nine passes for 180 yards and two touchdowns to lead an offensive explosion for Atlanta, resulting to a convincing 44-21 win for the Falcons. They now advance to the Super Bowl for just the second time in franchise history.

Atlanta didn't take long to make their mark, either. They scored on their opening drive and four of their five total drives in the first half - including this 14-yard touchdown run by Ryan - to take a 24-0 lead into the break.

Any thought of Rodgers leading a second-half comeback were quickly put to rest, too. After Green Bay went three-and-out on the first drive of the third quarter, Ryan found Jones over the middle, who broke several tackles on his way to a 73-yard touchdown.

That effectively ended the game, giving Atlanta the 31-0 lead. Both teams traded touchdowns after that, but they were inconsequential to the final result of the game.

Along with the big games Atlanta got from Ryan and Jones, Devonta Freeman added 42 rushing yards with 42 receiving yards and a score. Perhaps most impressively, their offense finished with 493 total yards and went 10/12 on third down conversions.

Rodgers was seemingly the only Packer to have a decent game, completing 27/45 passes for 287 yards and three touchdowns with an interception, while rushing for another 46 yards.

The Falcons will now face the winner of the AFC Championship Game between the Patriots and Steelers in the Super Bowl, which is being held in Houston on Feb. 5. Kickoff time is set for 6:30 pm ET on FOX.