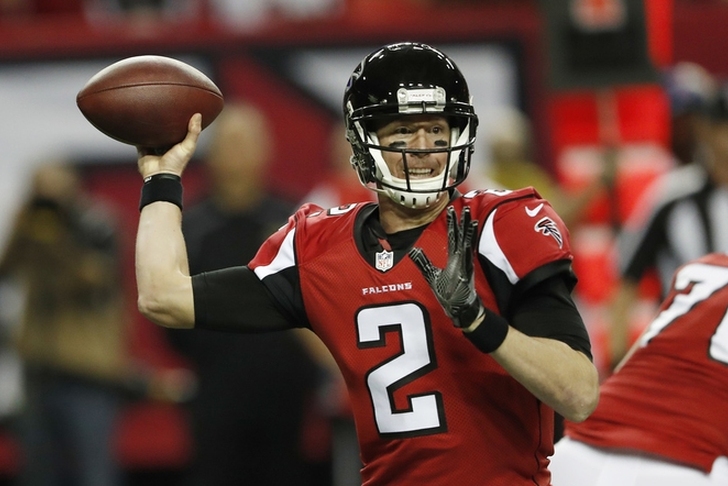 The Atlanta Falcons picked up where they left off in the regular season, using another dominant offensive performance on their way to a 36-20 win over the Seattle Seahawks.

The win was a big one for Matt Ryan and the Falcons, as Ryan was just 1-4 in playoff games in his career before this. Yet, it was Ryan who outplayed Russell Wilson and led his team to victory, completing 26/37 passes for 338 yards and three touchdowns with no interceptions.

The Seahawks started hot, scoring a touchdown on the first possession of the game, but it was all Falcons after that. Atlanta responded with a touchdown on the ensuing drive, and after trading field goals (and getting a safety), they took a 19-10 lead into halftime when Matt Ryan found Tevin Coleman in the end zone:

Devonta Freeman added a 1-yard touchdown run at the start of the third quarter for the Falcons, who iced the game in the fourth quarter with another touchdown pass from Ryan, this one to Mohamed Sanu.

Freeman had a big game with Ryan, rushing for 45 yards and a touchdown on 14 carries while catching four passes for 80 yards. Julio Jones also had six catches for 67 yards and a score. In total, eight different players caught a pass for the Falcons.

Wilson did his part to lead the Seahawks, completing 17/30 passes for 225 yards and two touchdowns with two interceptions, yet he also led the team in rushing with 49 yards on six carries.

Atlanta will now face the winner of Sunday's Packers-Cowboys game in the NFC Championship Game, which will be held at 3:05 p.m. ET next Sunday on FOX.