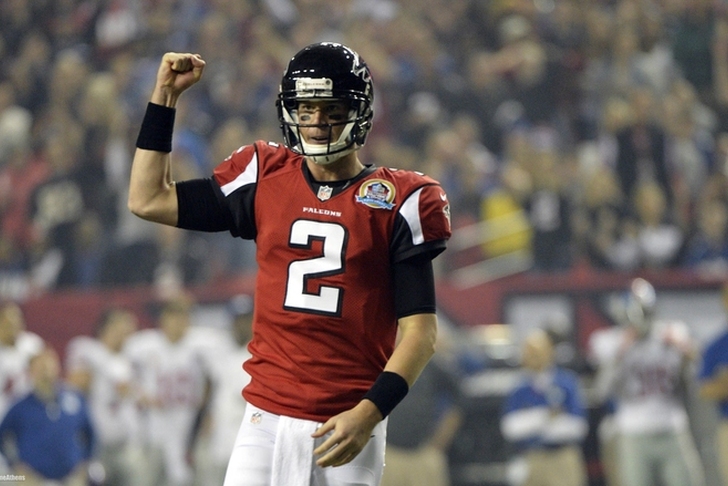 A 6-10 season cost head coach Mike Smith his job with the Atlanta Falcons. Dan Quinn is the new coach and he's expected to win now. The Falcons have a franchise quarterback and play in the NFL's weakest division, so Quinn can get the Falcons to the playoffs in his first season. Here are four reasons why the Falcons will win the NFC South this year.

Whether it's Tevin Coleman, Devonta Freeman or a combination of both, the Falcons ground game should be improved this season. That will make things easier on Matt Ryan and help keep the defense off the field. Coleman is a perfect fit for the Falcons' offense and could have an impressive rookie season.

Yes, he's never done much in the postseason. Still, Ryan is one of the best NFL QBs. His supporting cast was not strong last season, but it should be better this year. Better coaching will help Ryan too. If the offensive line can stay healthy, Ryan and Julio Jones should have a monster season.

It's not like the defense could be much worse. Quinn should be a big boost for the Falcons and his 4-3 scheme is a better fit for the Falcons' pieces. Ra'Shede Hageman is talented, but inconsistent. If anyone is going to get the most out of Hageman, it's Quinn. Vic Beasley is the perfect fit for Quinn's LEO position. He could have a big impact on passing downs. Desmond Trufant is an underrated corner. The Falcons won't have an elite defense, but they won't be the NFL's worst defense like they were last year.

The NFC South is not good. Carolina won the division despite putting up a losing record. That likely won't happen again this season, but the Falcons won't need to win 11 or 12 games to take home the NFC South crown. The Panthers are down their best WR, which will hurt their offense. The Saints are in major cap trouble, which forced them to trade away some key offensive pieces. The Buccaneers are a year or two away from really making a run at the NFC South. The Falcons should have won the division last season. They won't let it slip away this year.