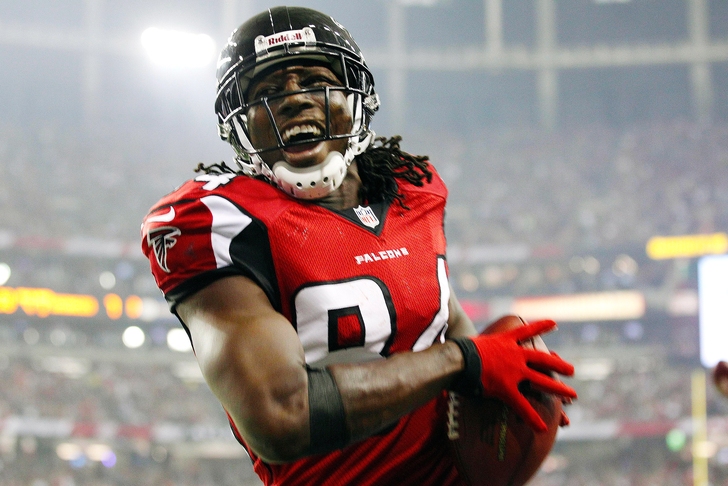 The 2015 NFL Draft is here, which means it's time to turn back the clock and take a look at the selections which helped make the Atlanta Falcons the historically relevant franchise they are today. Here's our list of The 4 Best Draft Picks In Atlanta Falcons History.

The best quarterback ever to be drafted by the Falcons, Ryan helped to resurrect the Falcons' image in the wake of the Michael Vick dogfighting scandal. The 2008 AP Offensive Player of the Year, "Matty Ice" is as accurate as he his clutch -- leading the Falcons on close to 30 game-winning drives over the past seven seasons.

The heart and soul of the 1998 "Dirty Birds" team, Anderson almost singlehandedly willed the Falcons into the Super Bowl with his never-say-die running style. While a torn ACL derailed his career the year after, Anderson's pursuit of 2,000 yards in 1998 and his previous four years of top-tier production lands him a spot high on our list.

"Prime Time" spent just five years in the ATL, but his short stint with the Falcons proved to be the ascent of one of the most unique and charismatic superstars in the history of the NFL. Sanders was just as electric as a kick returner as he was a defensive back in Atlanta, returning five kicks for touchdowns along with three interceptions for scores. He may have refined his legacy elsewhere, but it all began in Atlanta.

A four-time Pro Bowler and a stalwart of the Atlanta Falcons' offense for the past decade, White slipped down to the end of the first round in 2005, with five other taken ahead of him. That's a shame for those five franchises that passed on him, as White posted six-straight seasons of 1,150 receiving yards or more from 2007-2012. In addition, his 10,357 career receiving yards and 62 touchdowns both stand as franchise records.