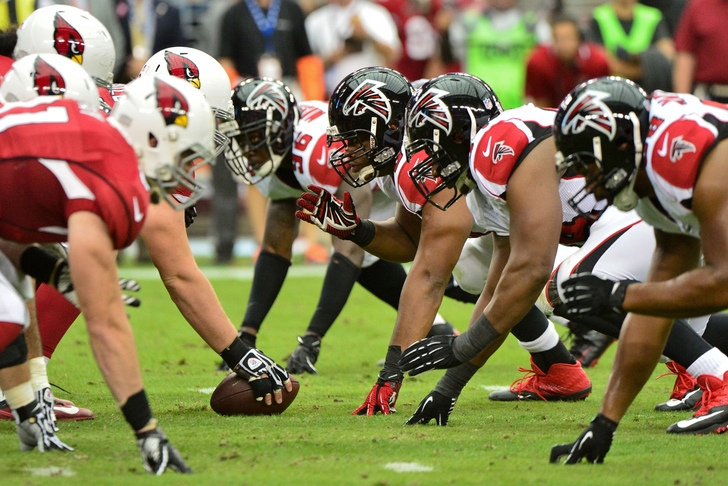 Arizona's offense struggled mightily, Julio Jones had a huge game for the Falcons and Atlanta moved to 5-7 as their improbable playoff run continues. The 29-18 final score flatters the Cardinals - if Atlanta hadn't settled for five field goals, this could have been much uglier.

The Cards managed to stay in the game well into the fourth quarter after holding Atlanta's wasteful offense to three field goals...but Drew Stanton's second interception of the game (with 7:28 remaining) ended a drive that could have seen Arizona cut Atlanta's lead to 26-18. While they eventually reached the end zone with just over a minute remaining, it was too little, too late.

Matt Ryan was good, but Julio Jones made him looks great. Jones had a career-high 189 receiving yards on 10 receptions, dominating Cardinals corner Patrick Peterson from start to finish. Jones also had a touchdown on a 32-yard bomb from Matt Ryan in the first quarter.

Julio Jones' big day was impressive, but this stat says it all: Steven Jackson was Atlanta's first 100-yard rusher in 35 GAMES. This was the Falcons' most complete performance in what felt like years, and it showed.

Arizona faces Kansas City at home next weekend before a crucial three-game stretch that sees them take on the Rams, Seahawks and 49ers as they close out their season. Atlanta, now 3-1 since their bye week, travels to Green Bay for a massive Monday Night Football matchup against Aaron Rodgers and the Packers.