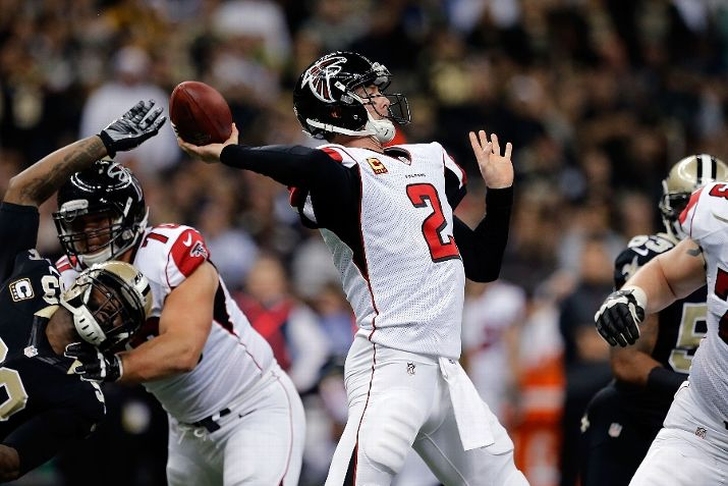 This game served as an elimination game for both sides, and New Orleans came out swinging as they scored a touchdown just 20 seconds into the game. However, Atlanta rebounded and scored 20 straight points to take control.

They then held off a late Saints rally, eliminating them from the playoffs. The Falcons have now set up a NFC South Championship Game against the Carolina Panthers next weekend, with the winner making the playoffs.

New Orleans was driving, trailing 20-7 at the start of the fourth quarter, when tight end Jimmy Graham was stripped right before he crossed the goal line. That gave Atlanta the ball back and wiped what would have been a crucial touchdown off the board for the Saints.

New Orleans turned the ball over four times in this game, which they were simply unable to overcome. Two of those happened in the red zone, taking away much-needed scoring opportunities.

Matt Ryan was awesome in this one, completing 30/40 passes for 322 yards and a touchdown.

Drew Brees did his best to try and bring New Orleans back in this one, completing 30/47 passes for 313 yards and a touchdown.

Atlanta returns home to face the Panthers with the NFC South title and a playoff berth on the line, while New Orleans will finish the year in Tampa Bay against the Buccaneers.

Falcons Rumors: Top 10 Candidates To Replace Mike Smith If He Is Fired