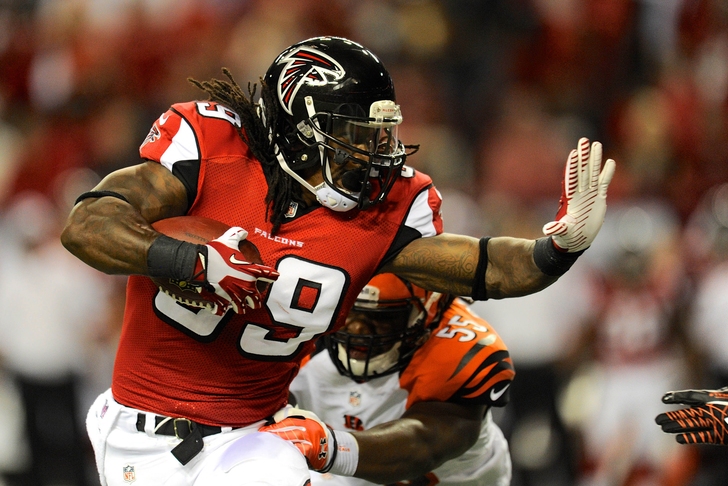 The Atlanta Falcons could have another holdover from former head coach Mike Smith's coaching staff under Dan Quinn, with rumblings that running backs coach Gerald Brown could be kept in the same position with the franchise when Quinn takes over.

Per Vaughn McClure of ESPN.com, Brown, "who interviewed for the same position in Oakland, is not going to join the Raiders' staff, according to sources -- an indication that Brown could be retained by the Falcons."

If Brown does indeed stay, he could join defensive line coach Bryan Cox, special teams coordinator Keith Armstrong, tight ends coach Wade Harman, and wide receivers coach Terry Robiskie as members of Mike Smith's staff who may be on board for 2015.

Brown has coached two Pro Bowl backs during his seven seasons in Atlanta: running back Michael Turner (2008, 2010) and fullback Ovie Mughelli (2010). If Brown is retained, it's possible he won't have veteran Steven Jackson, who's potential release could save the Falcons $3.75 million in cap room.