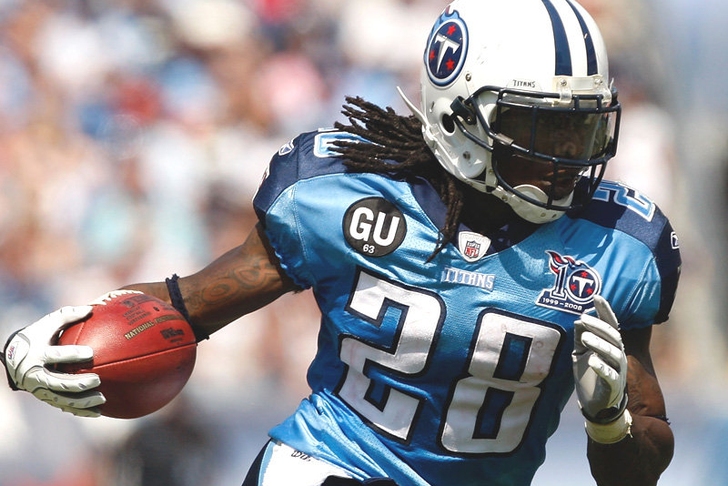 With most of the marquee free agents off the market, the rumors circling around the Atlanta Falcons have started to fade. There are still some names left on the market and needs that need to be addressed, though - here's the latest on what the Falcons are aiming to do this week:

Johnson's release might have worked in his best interest - with most major names already signed, he's a solid player with very little competition left in free agency. The Falcons are reportedly interested in bringing in Johnson, but they face competition from the Jets, Bills and Dolphins. Johnson's future will be decided in the next few days, and it sounds like the Falcons are very much in the mix as he narrows down his choices.

The Falcons signed cornerback Josh Wilson to a one-year contract on Tuesday morning. Wilson spent the last three seasons with the Washington Redskins, and while he wasn't dependable in one-on-one coverage, he still can provide valuable depth and cover at a position where the Falcons aren't the strongest. Expect him to compete for the fourth-string corner job and potentially spend some time at safety.

Free agent FB Greg Jones visited the Falcons Tuesday, and the team is reportedly weighing up an offer for the 32-year-old. Jones spent last year with the Houston Texans after an eight-year stint with the Jacksonville Jaguars. One of the better blocking fullbacks in the league, Jones would likely start for the Falcons if they decide to pick him up for 2014.

The Falcons have reportedly cooled their interest in trading up, and it's unclear what they intend to do with the #6 pick in the draft. Our latest mock has them taking Buffalo's Khalil Mack, and according to the word on the street, Mack is Atlanta's top choice if it doesn't look like trading up for Jadeveon Clowney is a realistic possibility. Since the Falcons aren't in the market for a QB, they'd love to see two or three go in the top five so Mack, Clowney or Sammy Watkins has a chance of falling to them at #6.

Stay tuned to Chat Sports for all the latest Falcons rumors, and make sure to download our new iPhone app so you never miss another story.