Falcons Rumors: Kyle Shanahan To Be Confirmed As OC, Richard Smith To Be DC Under Dan Quinn 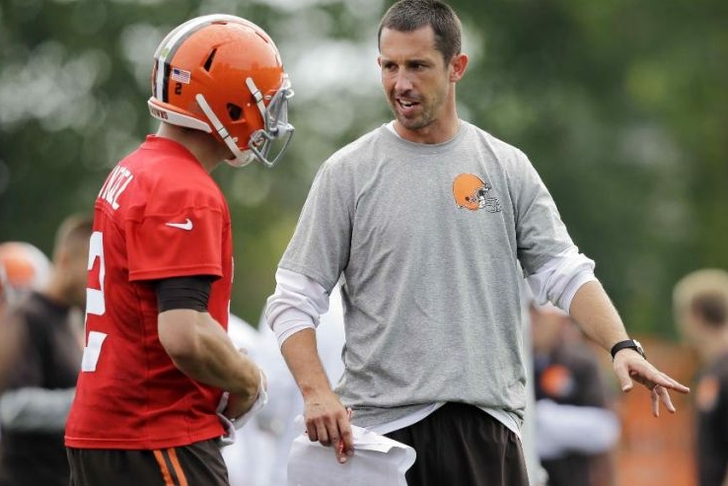 The Atlanta Falcons are set to formally introduce Dan Quinn as their new head coach on Tuesday, and it sounds like the majority of his staff has already been finalized as well.

Kyle Shanahan is set to take over as Atlanta's new offensive coordinator. Once the youngest coordinator in the NFL, Mike Shanahan's son has quickly made his own name with creative schemes as OC for the Houston Texans, Washington Redskins, and Cleveland Browns. Shanahan, now 35, will take the reins of an offense that underachieved over the past two seasons despite weapons like Matt Ryan and WR Julio Jones.

Richard Smith will be named Falcons DC, and he actually has past experience with Shanahan - in Shanahan's first year as Houston Texans OC in 2008, Smith was serving as defensive coordinator. In addition to his time with the Texans, Smith has served as DC for the Miami Dolphins (2005), and most recently served as linebackers coach for the Denver Broncos. Atlanta's defense was a major weakness in past seasons, and Smith will work closely with Quinn to rebuild a unit that allowed more offensive yards than any other NFL team in 2014.