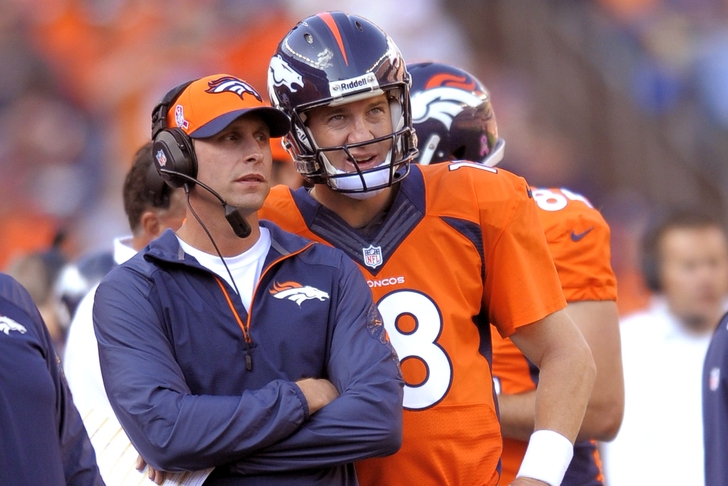 According to Ian Rapoport of NFL Network, the franchise has tabbed young Denver Broncos offensive coordinator Adam Gase, asking for permission to speak with the 36-year-old:

The Falcons have been linked to both Gase and New England Patriots offensive coordinator Josh McDaniels for weeks now, but from the looks of it, Gase has emerged as the early favorite - provided the Broncos are willing to grant the Falcons permission to talk to him.

Gase has been the offensive coordinator of the Broncos for the past two years, overseeing one of the most impressive collections of offensive talent in recent league history. Prior to that, he was the team's QB coach from 2011-12, getting the most he could out of Tim Tebow during the team's 2011 playoff run before helping Peyton Manning make a seamless return from a neck injury in his move from the Indianapolis Colts to the Broncos.