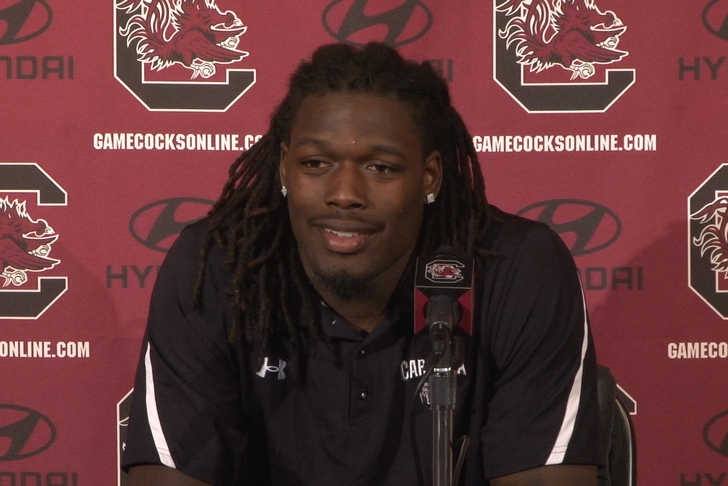 In Falcons news today, projected top-tier draft pick Jadeveon Clowney will be visiting with the Atlanta Falcons on Wednesday, prompting many analysts to speculate whether the team is planning to trade up into the top-five of May's NFL Draft to acquire his services.

Josina Anderson of ESPN tweeted out the news of the former South Carolina defensive end's meeting with the Falcons on Monday afternoon:

Sources: Jadeveon Clowney's visit with the Atlanta Falcons is on Wednesday.

Clowney's talent has been well-documented both throughout his collegiate career and during the offseason scouting process leading up to May's draft. His tangibles are projected to be game-changing for any defense lucky enough to have him, and his motor and drive have impressed a multitude of scouts during the pre-draft process.

The Atlanta Falcons have been in the center of several trade rumors indicating that they are attempting to trade up for a talent such as Clowney or Auburn offensive tackle Greg Robinson, but nothing has been fully substantiated as of yet.

Your Falcons news whenever and wherever you want it. Download our new Chat Sports iPhone app and follow our Falcons team page today.