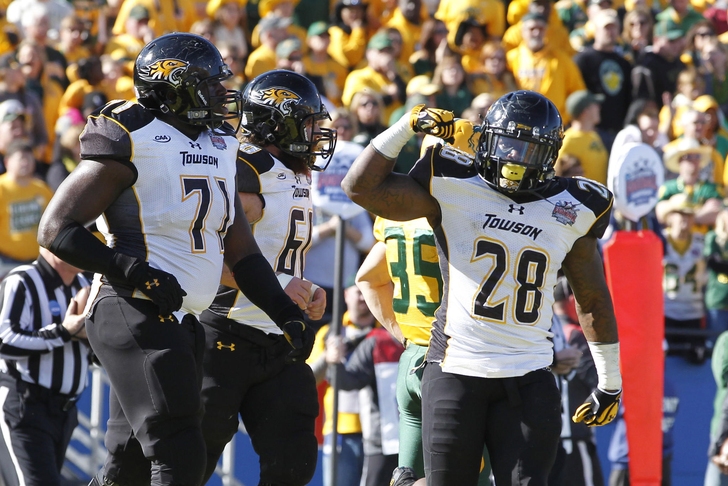 Here's the lowdown from Jason La Canfora of CBS Sports:

ATL GM Dimitroff (and assistants Vital, Pioli and Sabo) and HC Smith were on Towson U campus to workout ) Terrance West and CB Jordan Love

With the whole congregation of Falcons football execs and coach Smith all on hand, it is safe to say that the Atlanta Falcons see something tangible in both prospects which could be of benefit to their team -- especially running back Terrance West.

West is currently projected to land somewhere in the third round of May's NFL Draft by CBS Sports, and has been generating some buzz due to what CBS Sports terms as a "physical" and "tough" running style which many think will translate well to the next level.