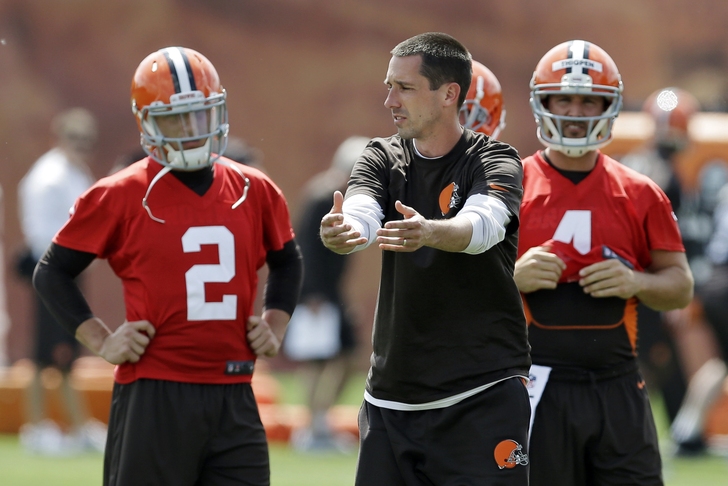 The Atlanta Falcons may have to wait an extra two weeks for Seattle Seahawks defensive coordinator Dan Quinn to coach in the Super Bowl before offering him their vacant head coaching job, but he'll have an offensive coordinator in place if in fact he signs on the dotted line.

Per Adam Schefter of ESPN.com, former Cleveland Browns offensive coordinator Kyle Shanahan will take the same position with the Falcons, as part of a "package deal" that will eventually end with Quinn being named the team's head coach:

Falcons are hiring Kyle Shanahan as their OC, per league source. Shanahan and Dan Quinn planned to be package deal.

The son of former NFL head coach Mike Shanahan, Kyle will be entering his eighth year as an NFL offensive coordinator, including stints with the Houston Texans (2008-09), Washington Redskins (2010-13), and Browns (2014).

The 35-year-old reportedly left his position in Cleveland uneasy with the team's reported breaching of the league's sideline technology ban, and is generally is viewed as a major up-and-comer in the offensive and general coaching ranks.

Shanahan replaces Dirk Koetter, who left to take over the same position with the Tampa Bay Bucs after three seasons on the job.