Falcons NFL Draft Rumors: Everything You Need To Know Heading Into Draft Week 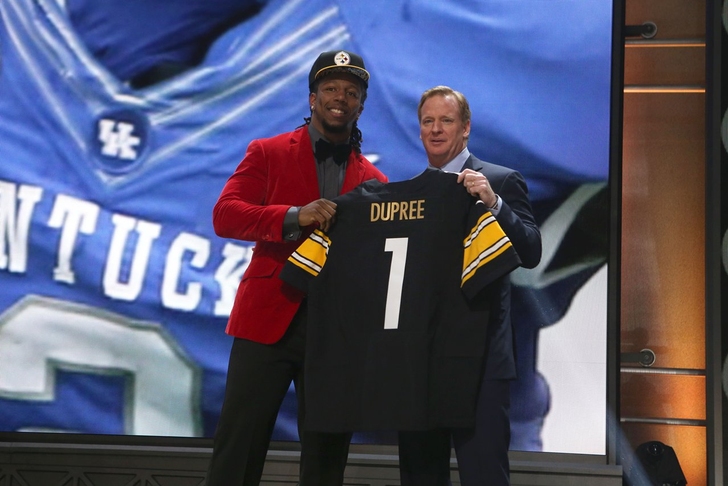 The 2015 NFL Draft is just a few days away, and there’s plenty of reason to be excited about the festivities in Chicago if you’re a Atlanta Falcons fan. Here’s our breakdown of everything Falcons fans need to know heading into draft week.

New Falcons head coach Dan Quinn is a defensive coordinator at heart, and a dynamic pass rusher like Kentucky's Bud Dupree fits the profile of the aggressive defensive system he likes to employ.

The Atlanta Falcons sent representatives to meet with the rising defensive end recently, and his versatility and athletic ceiling could be enough to push him to the top of Quinn's draft board going forward.

Would The Falcons Consider Todd Gurley?

The Atlanta Falcons are in need of pass-rush help, but there's been rumblings around the team that in-state star running back Todd Gurley could pique the team's interest at #8.

According to Mark Bradley of the Atlanta Journal-Constitution, it's at least in the realm of possibility:

They need a pass rusher. We agree on that. We’ve agreed on that for years, if not decades, if not centuries. The Falcons have hired a coach from the Seattle Seahawks, who won with defense, yes, but also with a powerful runner, and Gurley is believed to mirror Marshawn Lynch more than any other contemporary NFL back.

Running back as a position has become devalued. Everyone agrees on that, too. There was no back taken in Round 1 of the past two drafts. But most analysts see Gurley as the best runner of the past few drafts, and taking him at No. 8 wouldn’t be a reach, at least in terms of talent. (He’s projected as a top 10 draftee.)