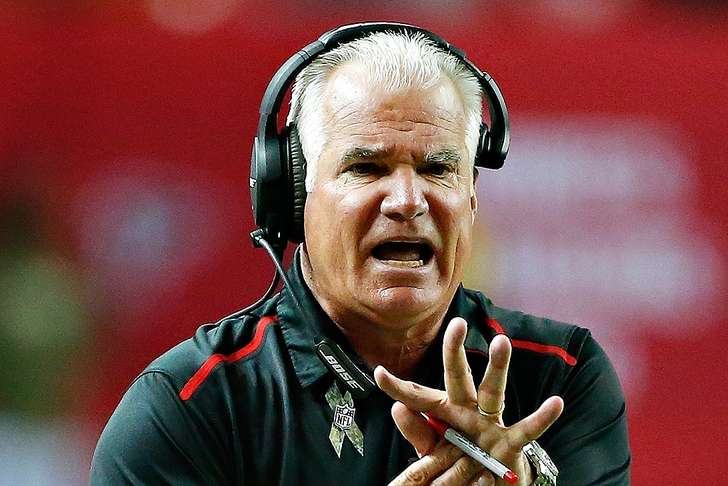 The Atlanta Falcons announced on Monday morning that they have fired head coach Mike Smith after seven seasons with the team, per ESPN's Adam Schefter:

Check out the top 10 replacement candidates for Mike Smith!

After the Falcons were blown out 34-3 in Sunday's defacto NFC South title game against the Carolina Panthers yesterday, the writing was on the wall for Smith. After finishing with a winning record in his first five seasons with the franchise (including two division titles and four playoff appearances altogether), the Falcons have regressed in the last two seasons under Smith - going a combined 10-22, including a 6-10 record in 2014.

Overall, Smith finished with a winning 66-46 record, but nagging questions about his game management style and locker room leadership led to the end of his tenure in Atlanta.

Follow our Atlanta Falcons team page for more on Smith's firing, including coverage of the team's search for a new head coach.