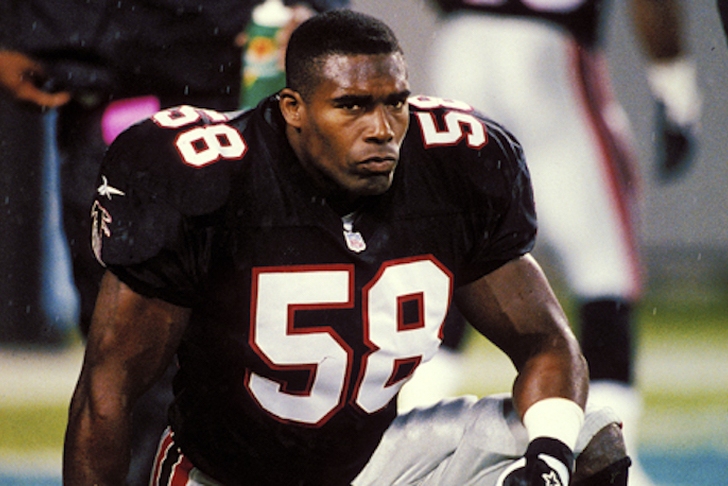 The Atlanta Falcons’ franchise history is littered with amazing players who could make this list, but these next eight guys are the best of the best. Here’s our list of The 8 Best Players In Atlanta Falcons History.

Bartkowski started under center for the Falcons as soon as he arrived in Atlanta, and he did nothing but produce. The two-time Pro Bowler was the best quarterback in franchise history until Matt Ryan showed up as he held team records with 23,470 passing yards and 154 touchdowns.

The Georgia Tech product stayed in Atlanta for most of his career, playing in 161 games for the Falcons. The five-time Pro Bowler totaled 887 tackles and 243 assists, 17 sacks, 12 interceptions, 10 fumble recoveries, and eight forced fumbles in his 11 seasons with the Falcons.

Atlanta drafted Van Note in the 11th round, and it was one of the best draft picks they ever made. He started 226 games for the Falcons during his 18-year career, making five Pro Bowls. 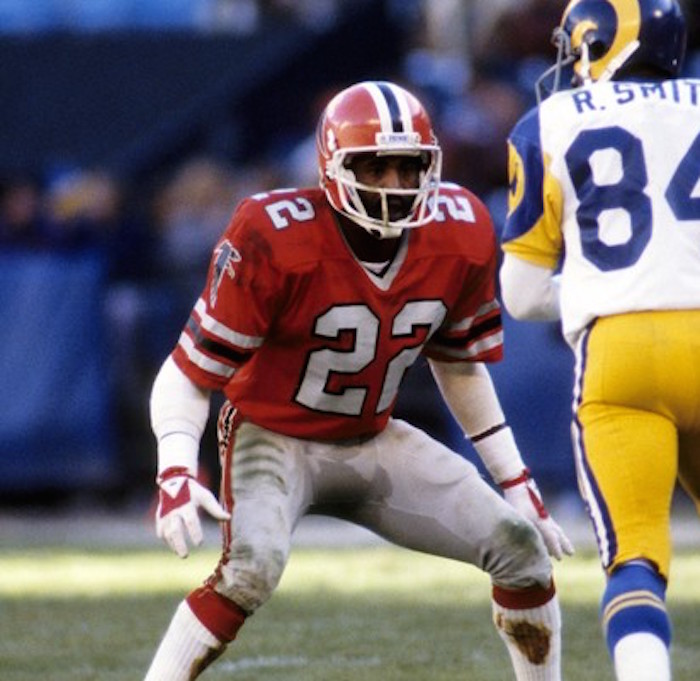 Lawrence was signed as an undrafted free agent, but that didn't stop him from starting 108 games during his eight-year career with the Falcons. He was a first team All-Pro in 1997 and still holds the franchise record with 39 interceptions.

Ryan has only been in the league since 2008, but he's already one of the most accomplished players in franchise history. He's already made three Pro Bowls and holds every major franchise passing record - and if he can continue his production, he might end up being the best player Atlanta has ever had.

Humphrey played 127 games for Falcons, and recorded over 100 sacks, 11 forced fumbles, and got two safeties. He was a six-time Pro Bowler and won Defensive Rookie of the Year in 1968, making him one of the most decorated Falcons of all-time. Humphrey was inducted into the Pro Football Hall of Fame in 2014. 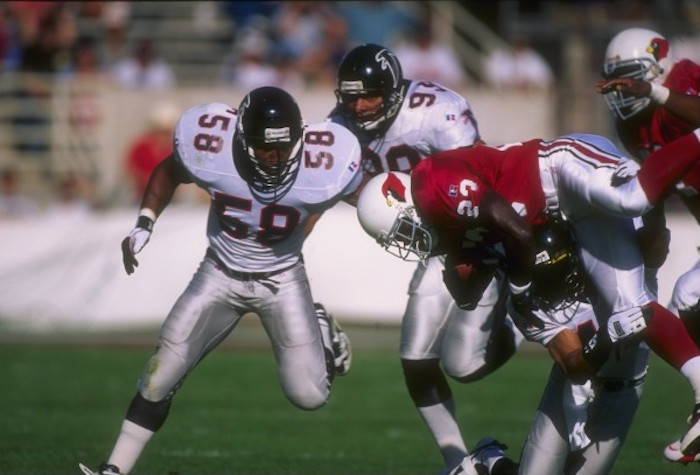 The Falcons got Tuggle as an undrafted free agent, and he was the leader of Atlanta's secondary for the next 14 years. The five-time Pro Bowler started 189 games for the Falcons, totaling 1,640 tackles (including 200+ tackles mark in two seasons), 21 sacks, 10 forced fumbles, 10 fumble recoveries, and six interceptions in his career.

Kenn was the starting left tackle for the Falcons from day one in his rookie season and is the franchise leader in games played (251). The five-time Pro Bowler was a three-time first team All-Pro, and retired after 17 seasons - all of which he spent in Atlanta. He's also a finalist to be inducted into the Pro Football Hall of Fame this year.