4 Reasons Why The Atlanta Falcons Will NOT Make The Playoffs 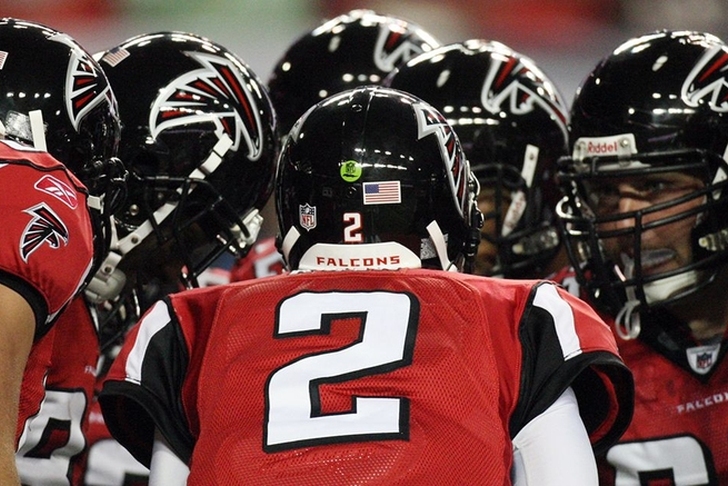 An inconsistent 2014 campaign doomed the Atlanta Falcons to also-ran status, and while fans are holding out hope, it's unlikely that they'll return to the playoffs this four seasons. Here are four reasons why they'll miss the postseason again in 2015:

The Panthers are improved look poised to win the division for the thrid straight year, while the Saints will likely rebound from their home struggles last year, and even Tampa Bay will be better with Jameis Winston at quarterback. Atlanta is much improved as well, but not enough to leapfrog their way to the top of the division.

Atlanta ranked 24th in the league in rushing last season, and are counting on rookie Tevin Coleman to replace veteran Stephen Jackson's production. They love Coleman's potential, but with roughly the same offensive line returning this year, it's hard to imagine the Falcons rushing attack taking a step forward in 2015.

Lost in the shuffle of the Falcons’ disappointing 2014 campaign is the fact that Ryan completed his fifth-straight season of making all 16 Falcons regular-season starts. Ryan hit on 66.1% of his passes in 2014, but also turned the ball over 18 times and wasn't able to make the plays down the stretch Atlanta needed him to. The Falcons need him to make meaningful plays - and not just put up stats - for them to return to the postseason.

Atlanta did their best to improve their defense in the draft with linebacker Vic Beasley and defensive back Jalen Collins, but both players won't have the kind of impact necessary to truly improve one of the league's worst defenses. New head coach Dan Quinn will have this unit playing better soon, but it will take at least another year to get the talent necessary to see a real turnaround.