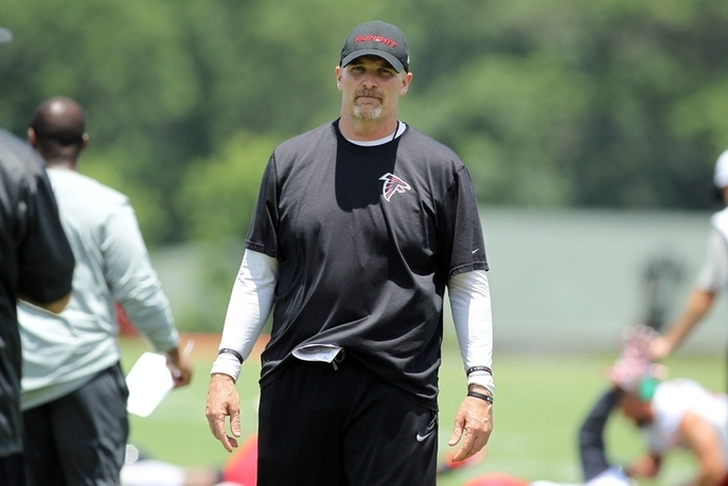 Every game during the course of an NFL regular season takes its toll, but these next four games are the closest thing to a breather the Atlanta Falcons will get in 2015. Here's our list of the 4 Easiest Games On The Atlanta Falcons' 2015 Schedule.

An afternoon of Robert Griffin III rolling his eyes at head coach Jay Gruden (when he's not eating turf thanks to the Falcons' pass rush)? Atlanta will take it. The Redskins offense is relying on a QB/coach combo destined to implode while the defense is in a state of major upheaval at several key positions. Until this franchise somehow gets out of Daniel Snyder Bizarro World, facing the Redskins will be akin to visiting an abstract art project gone terribly wrong.

We're not sure what to expect out of Jameis Winston's first year in the pros? Will he win Rookie of the Year? Will he get a hankering for crab legs that only a shoplifting trip can satisfy? The rest of Bucs are a smattering of intriguing young pieces and cagey veterans with a bushel of replacement level players, so there's really not much to worry about here regardless of which road Jameis ends up taking in the long run.

How many times have NFL pundits said "this is the year the Jags put it together," only to watch the dumpster fire get stoked by inept personnel decisions and a fan base who always seems either board or late for a tee time somewhere else. Blake Bortles will have Julius Thomas to throw to in year two, but the problem is that he's still Blake Bortles...