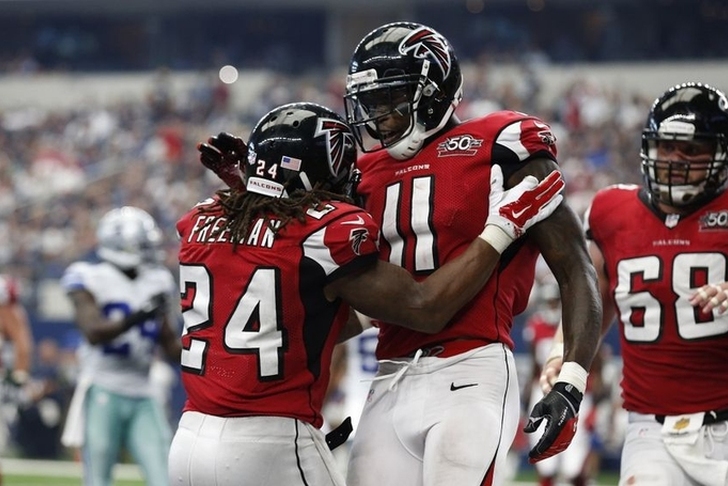 The Atlanta Falcons stayed undefeated on Sunday with a comeback victory over the Cowboys, their third straight comeback victory to start the season. Here are three reasons why they'll move to 4-0 this weekend with a win over the Texans:

Freeman rumbled for 141 yards and three touchdowns against the Cowboys while adding 52 more receiving yards in rookie Tevin Coleman's absense, showing that the Falcons' offensive attack is about much more than just their passing game. If he can continue to be productive and be effective around the goal line and in close yardage situations, Atlanta will continue to roll.

New head coach Dan Quinn has quickly made his mark on Atlanta's defense, turning them from one of the league's worst units into an average one in just three games, which has done wonders for them on the field. The Falcons rank 16th in points allowed per game, and while that isn't anything to write home about, it's enough to take pressure off their potent offense, allowing them to flourish. Plus, they'll keep getting better and better each week and the players get a better understanding of Quinn's system.