3 Reasons Why The Falcons Are GUARANTEED To Make The Playoffs 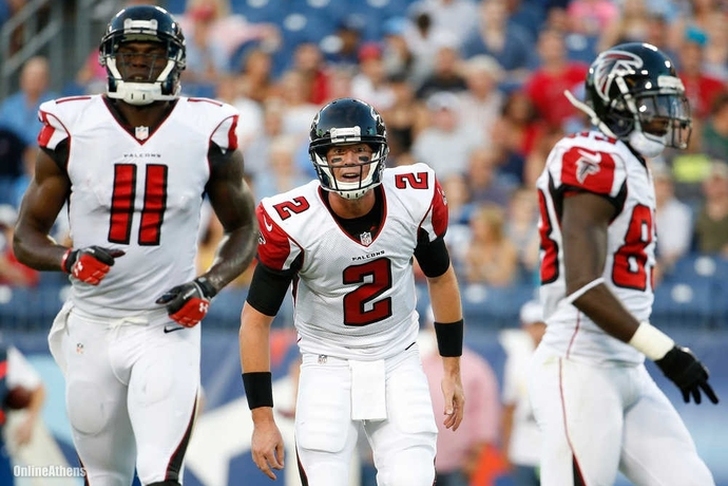 The Atlanta Falcons are 3-0 and don't look to be stopping their momentum anytime soon. We're so convinced that this team is a legit Super Bowl contender that we're willing to GUARANTEE Atlanta a spot in the postseason. Why, you ask? Here's three reasons...

Freeman rumbled for 141 yards and three touchdowns against the Cowboys while adding 52 more receiving yards in rookie Tevin Coleman's absence, showing that the Falcons' offensive attack is about much more than just their passing game. If he can continue to be productive and be effective around the goal line and in close yardage situations, Atlanta will continue to roll. And roll. AND ROLL. Freeman's emergence has served to open up major opportunities for Matt Ryan to exploit on the outside. That'll be the rule, not the exception, for the remainder of the year.

New head coach Dan Quinn has quickly made his mark on Atlanta's defense, turning them from one of the league's worst units into an average one in just three games, which has done wonders for them on the field. The Falcons rank 16th in points allowed per game, and while that isn't anything to write home about, it's enough to take pressure off their potent offense, allowing them to flourish. Even an average defense is more than enough to supplement this defense for a playoff run.

Ryan has Atlanta's offense positioned as one of the best units in the league as they rank second in the league in passing yards and are fifth in scoring offense. He's averaging over 315 passing yards per game and has five touchdown passes on the year, four of which have gone to Julio Jones. The two have been arguably the deadliest duo in the league, and that's saying something in an NFL campaign LOADED with skill-position talent.