3 Reasons Why The Falcons Are GUARANTEED To Beat The Titans 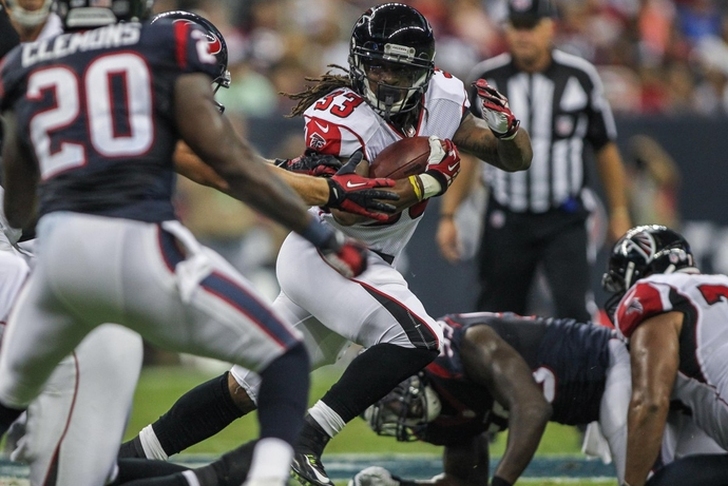 There are very few guarantees in the game of football, but when it comes to the Atlanta Falcons' road game against the Tennessee Titans this week, we've found an exception to the rule. Here's 3 Reasons Why The Falcons Are GUARANTEED To Beat The Titans.

The Titans are 28th in the NFL with 129.6 rushing yards allowed per game. That's a dangerous wire to be walking with breakout star Devonta Freeman coming to town. Freeman has gained more that 150 combined yards in each of the team's last four games, scoring nine touchdowns over that span. Whether used as a traditional rusher or a backfield receiving threat, Freeman is going to run roughshod over the Titans.

Rumors are swirling that the Titans will sit Marcus Mariota on Sunday after he suffered what ESPN's sources are reporting as a Grade 2 MCL sprain. If that is indeed the case, such an injury comes with a projected three- to four-week recovery time. Even if it's less serious than that, we're banking on Zach Mettenberger getting the nod. If so, the Titans offense became that much less potent.

After a rough 31-21 loss at New Orleans last Thursday, Atlanta has plenty to prove when it comes to their stature as a true NFC power. What better game than against a hapless Titans team to flex their muscles and reassert themselves as a dominant force?