3 Reasons Why The Falcons Are GUARANTEED To Beat The Saints 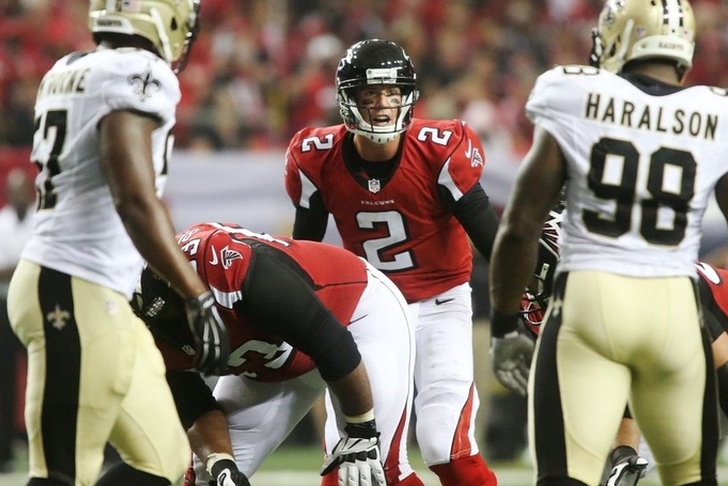 The Atlanta Falcons are looking to keep their undefeated season alive Thursday night against the New Orleans Saints, the first of two meetings this season between the NFC South rivals. Here are three reasons why the Falcons are guaranteed to beat the Saints:

New head coach Dan Quinn has quickly made his mark on Atlanta's defense, turning them from one of the league's worst units into an average one in just three games, which has done wonders for them on the field. The Falcons rank in the middle of the pack in points allowed per game, and while that isn't anything to write home about, it's enough to take pressure off their potent offense and allow them to flourish unabated. Even an average defense is more than enough to supplement this defense for a playoff run.

On the flip side, the Saints have failed to make any improvement under defensive coordinator Rob Ryan. New Orleans is tied for 29th in the league in points allowed per game (28.6) and 31st in rushing yards allowed per game - which doesn't bode well against Devonta Freeman, who is the NFL's leading rusher (362 yards, seven TDs) over the last three weeks.

Ryan has struggled at times, but Atlanta's offense is still positioned as one of the best units in the league. He's averaging just under 300 passing yards per game and, while he only has six touchdown passes on the year, four of them have gone to Julio Jones. The two have been arguably the deadliest duo in the NFL for awhile now, and that's saying something in a league LOADED with skill position talent.