3 Reasons Why The Falcons Are GUARANTEED To Beat The 49ers 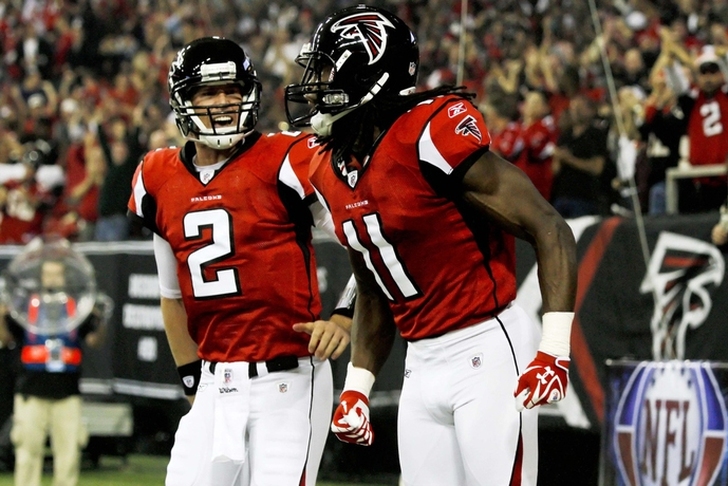 There are very few guarantees in the game of football, but when it comes to the Atlanta Falcons' road game against the San Francisco 49ers this week, we've found an exception to the rule. Here's 3 Reasons Why The Falcons are GUARANTEED To Beat The 49ers.

Everything the first-year 49ers head coach has touched this year has turned to...well, you know. Tomsula's first year as 49ers HC has been an unmitigated disaster. It's been so bad that there are whole Twitter accounts dedicated to capturing his most awkward moments on film. When the highlight of your season is someone making fart noises during a press conference, you know it's been awful.

The 49ers are 27th in the NFL in total pass defense, giving up 280 yards even per game. That makes Sunday the perfect storm for QB Matt Ryan and WR Julio Jones to play a glorfied game of catch. San Francisco can't defend the pass. Atlanta thrives through the air. It's almost unfair.

Ugh. The 49ers have been unable to crack 200 yards of total offense the past two weeks, and even failed to gain 150 yards in the team's embarrassing 20-3 home defeat to the Seattle Seahawks a couple weeks back. This offense wouldn't be able to score if it was 11-on-6 against the Falcons, let alone 11-on-11.