3 Players The Falcons Could Draft In The 1st Round 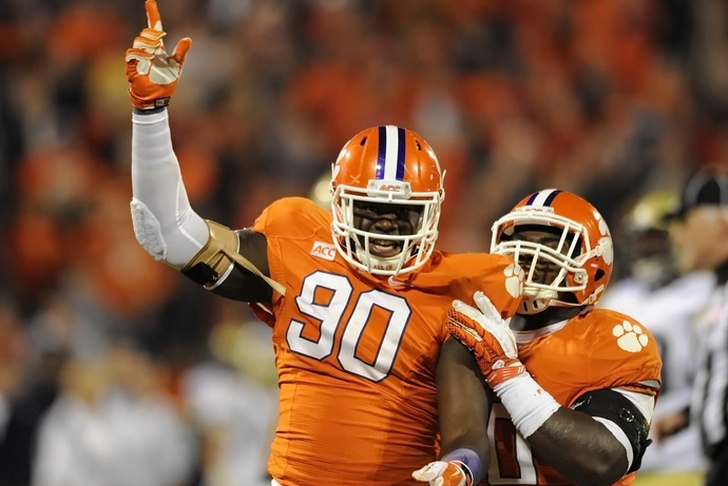 While there's a decent chance the Atlanta Falcons decide to trade back in the 2016 NFL Draft, they are currently in place to add an impact player with the 17th-overall selection. Who are three prospects that make the most sense for them?

The Falcons are still in need of a help on their front seven, and Lawson could come in and immediately elevate their pass rush and run stuffing ability. He recorded 12.5 sacks last years for the Tigers, and his 25.5 tackles for a loss led the nation. His football IQ and agility have been called into question, but his upside makes him a worthy pick midway through the first round.

Ragland is not the sexiest pick, but it could be argued that he is the top middle linebacker in this year's draft. Ragland claims he could play outside linebacker at the next level, but that would have to come with time as he continues rounding into his physical prime. Like Lawson, Ragland can appear a bit sluggish at times, but he makes up for that with his physicality.

Lee is a bit of a wild card, as he lacks size but boasts tremendous speed and agility. His versatility would mesh well in Dan Quinn's scheme as a weak-side linebacker. No matter where he plays, the Ohio State product will be a terror in pass coverage, particularly considering how he sees the field as a former quarterback himself.