3 Reasons To Be Optimistic About The 2015 Atlanta Falcons 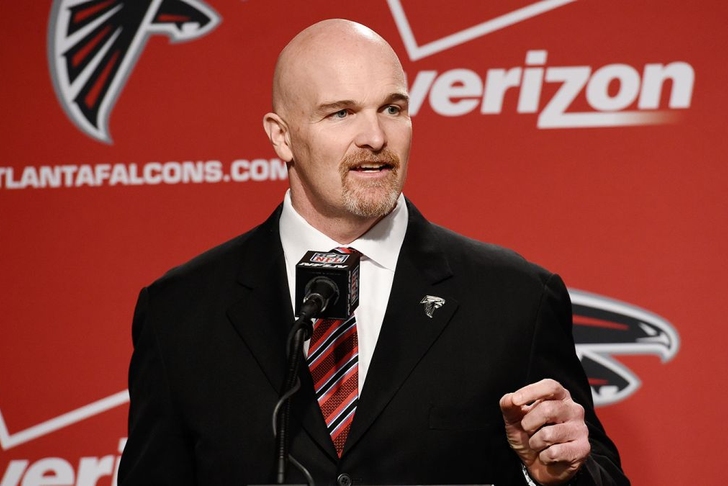 The Atlanta Falcons are embarking on a new era under first-year head coach Dan Quinn, and there's plenty of reason to smile for Falcons fans still reeling from the disappointing end to Mike Smith's time at the helm. Here's 3 Reasons To Be Optimistic About The 2015 Atlanta Falcons.

There's two things you need to know about Quinn -- he's an eternal optimist and he's one of the best young defensive minds in all of football. Both those traits are going to infuse the team's defense with a new sense of purpose and energy, which will in turn likely lead to increased production on the field.

Lost in the shuffle of the Falcons' disappointing 2014 campaign is the fact that Ryan completed his fifth-straight season of making all 16 Falcons regular-season starts. Ryan hit on 66.1% of his passes in 2014, and he's still an elite quarterback regardless of the hype being thrown elsewhere around the league.

The Falcons are almost guaranteed to land an impact pass rusher with the #8 pick in the 2015 NFL Draft, and a deep draft class at many positions means that Atlanta will have plenty of young, talented pieces to work into the mix in 2015. This is Dan Quinn's first chance to mold the team he wants on the field, and that's reason enough to have some optimism going forward.