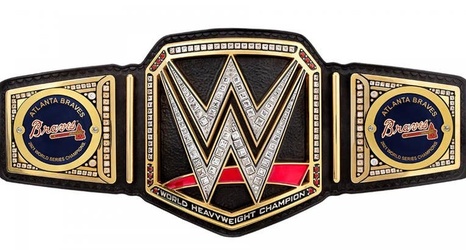 ATLANTA - WWE is celebrating the Atlanta Braves' World Series victory and fans of both wrestling and baseball can have their own part of history.

The wrestling organization said they are sending the Braves a custom WWE Championship to celebrate the team being the World Series champions.

The belt has the WWE's "World Heavyweight Champion" logo in the center surrounded on both sides with the Braves' logo and references to the World Series.

This isn't the first connection the WWE has to the Braves during this season.